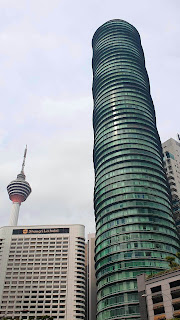 A couple of months ago I wrote about AI generated artwork.

Since then, as part of my job, I've been looking at the functionality of some AI creators. And they can be scarily good. In one instance, with only a few key words, I asked one to create a document for me. It was pretty good. An hour later, with the same key words, I asked once more. And the document was much improved. It had trained in the space of an hour, and I doubt many people would have requested a similar document in that time.

This week I've been involved in three separate conversations about AI generated artworks - art, writing, film and music. I did not instigate any of these conversations so it's obviously something people are thinking about. In two of these discussions, my friends were convinced that AI could never create real art, as a machine can't have creativity. I disagree.

I've seen examples of accidental art, where someone has accidentally spilled paint on a wall. They may not have recognised it as anything more than a mistaken mess, but I saw the beauty and took a photo. It really is a lovely piece of art.

After all, don't they say that beauty is in the eye of the beholder?

It's coming. We will, in a few years, have films and albums fully created by AI based on scripts and lyrics written by a human. And then how long until the AI is writing those as well.

Personally, I don't mind. I look forward to seeing and listening to AI created works. And some of these will resonate with me, others won't. Some will be considered masterpieces.

Posted by Steve Cameron at 4:06 PM