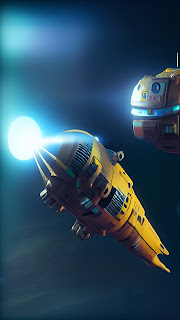 Some AI generated art recently won an art competition at the Colorado State Fair. The winner has defended this, and claimed that he made no secret of using an AI. Other entrants have responded with anger. The art was entered in a Digital Art category, and the organisers and judges had no problem with it being included or winning.

There have been controversies in the at world before. There was some backlash against photography many years ago, as it was deemed as not requiring the skill and experience of a "true" artist. And then it happened again more recently when digital tools were becoming more commonplace.

I suppose the difference this time is that anyone can type a few words into an AI generator and achieve reasonably impressive results in a few seconds. Hit re-enter, with the same words, and you receive a different result. And again, and again, and again. And in a very short time, it's very easy to produce literally hundreds of artworks. And by changing the words and parameters, you can change style, lighting, setting and so on.

Out of all those hundreds of pieces, several will be special - a cut above the rest. All by typing a few words and hitting the enter key.

I tried this myself the other day, and was thrilled by some of the artwork I generated. And this was only using a general, free online version. I can only imagine the potential of some of the higher-end generators.

I also saw someone post a picture they had generated. They were asked if they'd drawn it. They responded that it was complicated, that there was some controversy, and they'd used some software.

I don't think it's complicated, or controversial.

I'm not going to pretend that my efforts using the AI in anyway requires any artistic skill, talent or ability except, perhaps, in having some critical artistic eye in determining the merit of the resultant piece. The real skill is practice in determining the words to use, how to phrase them, the order and so on. In the few days I've played with the generator, I have improved my results dramatically by playing with these variables. There is some skill needed there. I notice the winner of the above competition did not reveal the words he used.

And we can control the styles. I found the words to create art in the style of one of my favourite artists.

We can enjoy and appreciate this art. Perhaps we just need to be more open about how it was created. Competitions and the like need to be clear and specific in whether AI art can be entered, and in which categories.

It's here. We can't go backwards. And it won't be long before we have AI generated novels, movies and music. I, for one, look forward to hearing new "Beatles" songs.

Posted by Steve Cameron at 4:04 PM