Put the "Hell" back into Halloween 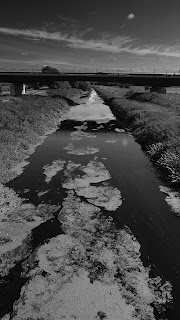 Growing up in Australia, Halloween was never really a thing. We might have drawn pictures at school, or a spooky party at Scouts. We may even have dressed up for that evening. But I don't recall anyone decorating their house or any other special events.

To us, Halloween was a very American thing. We saw it on TV, usually in dramas and comedy shows. We saw people dressing up, kids going Trick-or-Treating, and so on. I never even knew there was a potential "trick" element to the event - simply people gave candy to kids. We certainly never did this.

But like so many other things - language, slang, proms - Halloween has now taken root in Australia, and here in the UK. Supermarkets are filled with plastic pumpkins and ghosts, local retailers have real pumpkins, houses decorate, and lanterns are made. And then, of course, kids start to arrive to collect sweets (or candy, or lollies).

This doesn't affect us too much. We live in an older part of the village, and so last year, despite purchasing sweets, we had no knocks on the door.

I don't really begrudge this infiltration. If kids have fun, then I'm all for it. But the one thing that surprises me is that it's no longer a "spooky" event.  On the few occasions we did dress up for a Halloween party as kids, there was usually some scary element to the costume. A ghost, for example. or a vampire. But these days the costumes can be anything at all. And I don't really get that. If you're going to have a spooky event, at least make it spooky.

This year, maybe I'll dress upas a grumpy old man and sit out on my lawn.

Posted by Steve Cameron at 2:11 PM