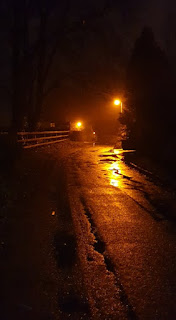 I'm working on a secret project at the moment. Nobody has told me it's a secret, and there's nothing particularly special about it. But for personal reasons, I choose not to share it at this time.

I often see writers post on social media that they're working on a secret project. I must admit to sometimes wondering why the project is secret. Is it because they've been asked not to talk about it, or because it might not eventuate, or are they simply trying to build an air of mystery around the life of a writer?

Yes, I get curious when they post about these projects, but I don't ever really remember any later official announcement that made me thing "Aha! That's what they were working on!" But don't worry, I will share this project when the time is right. I'll even make it easy for you to identify and recognise by starting with, "Do you remember that secret project I mentioned?"

I might have to swear a couple of people to secrecy, though, as there are elements that will require advice and guidance.  Does any know where I left the cone of silence?

Posted by Steve Cameron at 5:41 PM