It's Not Going Away Anytime Soon, Is It? 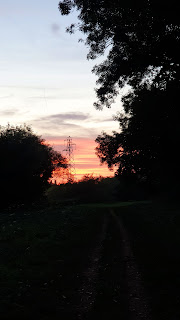 It was almost two years ago that we first heard of a new virus in China. I recall seeing it unfold in China, and while it was worrying, it wasn't something I thought would effect us too much. I mean, there had been SARS, and Ebola, and a few others. But each of these had been contained and geographically limited and controlled. And they were no longer a threat.

How wrong I was.

A few months later then world changed in ways we could never imagine. We were sent home to work, which I figured might be a month or two. Again, I was very, very wrong.

I've been back in my office about 4 times since then. All in the past few months. I saw some members of my team in real life for the first time in more than 18 months. I met the "new guy" who'd actually been with us for more than a year. The office was sterile. We'd taken all our personal items home a couple of months ago and the office was now a "hub", used by other teams as well.

On the one hand, I was happy to be around other people, and yet I didn't enjoy that as much as I should have. Is it because I'm not used to it yet, or simply that I am generally avoiding groups and gatherings anyway?

But I'm hearing whispers there may be another lockdown before Christmas. I'm hearing that we may be asked to not come into the office again, at least for a while. I'm also hearing Christmas may revert to bubbles only, limited meetings and numbers, and so on.

It's all unknown. It's constantly changing. And none of us can plan for Christmas because we're not being adequately informed. And, of course, some of us are starting to think this may still be a round next Christmas.

Lights on, trees up, masks at the ready!