And All Went Well At The Book Club! 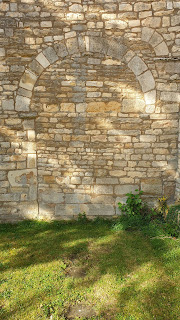 I wrote a while back that I would be attending my first Book Club meeting, and that I hadn't enjoyed the book we'd been set. But I survived it. More than that, I really enjoyed it. And went back for my second meeting a month later.

We met in an old pub in town, perhaps the oldest in Lincoln, as it dates back at least three centuries. I was about the fourth to arrive and sipped a fine ale as fellow members arrives gradually, including acouple of other newbies. Then there were brief introductions and it was on to the book.

As previously promised, I behaved myself and stayed fairly quiet. But I could see the leader glancing in my direction several times, and gently broke the news that I felt the book didn't live up to its promise, its reputation or its awards recognition. I also mentioned serious flaws in the narrative and editing, and that although there was a story there, it was in desperate need of a rewrite and serious editing.

And it was received well. And there was another there who also agreed with me.

The conversation was civil, people chose to differ in opinion with no snarkiness or efforts to "recruit" opposers, and at the end of the evening while most gave scores of 8 or 9 out of 10, a couple of us gave 5s, and that was fine.

Afterwards there was general conversation on a range of subjects, just "getting to know you" type chat, which was easily the most social thing I've done in the past two years, and I came home relaxed and content.

November's meeting was good too, with a broader spread of opinions on the book - I was somewhere in the middle in that I enjoyed parts of it well enough but not enough to follow on and read the sequels.

And then I made the terrible mistake of accidentally double booking for December's meeting, and much to my own dismay, was unable to attend.

But this reminds me. I need to get stuck into January's book. Now, where did I put it?

Posted by Steve Cameron at 8:50 PM