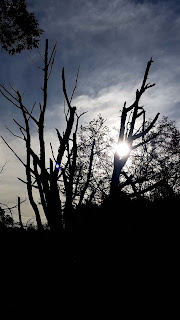 Waleed Aly won the Gold Logie last night for best Australian TV personality. And he deserves it. Indeed, if I voted in such things, I'd have voted for him. Congratulations, Waleed.

But Aly is a lighthouse in the current ocean of televised mediocrity. Even the awards ceremony was awful. I lasted about five minutes before I shut the door. And I wasn't even watching them - only listening. My wife switched them off two minutes later.

So much of the so-called "talent" on TV these days have had their fifteen minutes. And many of them shouldn't have had that much. Where are the quality actors, writers, directors and producers? And not every person on television is a "star". Even fewer are "superstars".

But this acceptance - nay, encouragement and reward of mediocrity extends well beyond the world of television. I've picked up books by people who can't write, edited by people who can't edit. Not everyone is a writer. Not every person who writes deserves to be published. And not everything we write should be shared with the world.

Which is why I've chosen not to self-publish. It certainly has its place, but I believe new writers need to achieve a level of recognition and validation (through editors and established publishers) before heading down that track. And there's a wonderful need for a trunk - for all those stories that have been rejected everywhere.

In a discussion like this someone usually mentions Andy Weir at this point, or Hugh Howey. Of course there are exceptions. There always are. But naming a few successful self-published writers out of the millions and millions means little. The e-world is drowning in self-published mediocrity (or plain awfulness) and we simply don't need any more.

I admit it. I don't read self-published work. I tried with a couple of pieces that were recommended to me, and they simply weren't very good. I might pick one up again if someone I trust were to rave about something they'd found. That raving endorsement has never happened to me yet.

Let's be clear. This isn't an attack on self-publishing. I know some writers who swear by it, and I know some who have had great success through it. It's not for me, though, and I suspect it's not for the majority of writers who out every word they write up online.

There's too much whitenoise. Too much crap. It's difficult to sort the chaff from the wheat without a recognised imprint. But its our fault. We reward mediocrity. We tell our friends, our kids, our colleagues that they are outstanding, no matter what they do. We accept and watch film and television that is average, we read books that are average, and we give them four stars on IMDB or Goodreads.

Save the five stars for work that moves you, makes you think, work that pops into your mind a month later.
Posted by Steve Cameron at 12:47 AM