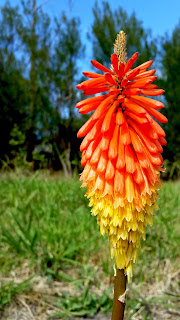 There's a scene in Richard Linklater's film, Boyhood, where the character played by Ethan Hawke presents his son with a compilation CD he created. This disc, The Black Album by The Beatles, is his attempt at combining tracks by the post-breakup John, Paul, George and Ringo. (Nevermind that there is already a Black Album by the Beatles, a well known and common bootleg from the Get Back sessions) It appears as though art imitates life, as Hawke created this album in real life and presented it to his daughter.

The Beatles were greater than the sum of their parts, and the balance of the four individuals had to be just so. The creation of an imagined 70s Beatles album is not an easy task. It's something I've tried many times and I've never felt I managed to do successfully. The balance was always wrong, the tracks didn't flow, the music and themes were too disparate.

I had few rules. The songs all had to come from a similar period of time (no mixing Imagine with Coming Up). Any song that was about the break-up wouldn't be allowed, (Let Me Roll It / How Do You Sleep?) as they would never have been written had they continued. The contribution balance had to be similar to a real Beatles album. For example, only one song by Ringo.

I was eager to check out Ethan Hawke's Black Album as the tracklisting is readily available online. So how does it stand up?

First listen, and I'm pleased by how well it works. A lot of thought has gone into this, into the track selections and ordering. A few more listens, mostly while driving, and the problems become evident. It's not much later and the discs have been relegated to the bottom of the glove compartment.

Firstly, it's sprawling and unwieldy. Three CDs, which translates to approximately five records. Not even the Beatles would have attempted that. Far too long and almost unmanageable.

Secondly, the tracks cover far too many years. Here Today would never have been recorded and released alongside If Not For You.

Thirdly, there are some tracks there that would never have been recorded by The Beatles. I've heard arguments that Lennon would never have supported the recording of something like Silly Love Songs. Possibly, but I suspect they'd have happened. History shows he didn't prevent either Ob-La-Di, Ob-La-Da or Maxwell's Silver Hammer from making their way onto vinyl and he hated both of those with a passion. No, I'm talking about inane novelty songs, like Helen Wheels or the No No Song.

OK, taste comes into it. But even so, how can you include a trite cover like the No No Song but ignore I'm The Greatest?

Also there are a number of songs that don't belong for other reasons. Hawke included God and Mother from Plastic Ono Band. This album was basically John undergoing therapy, and are far too personal and bitter for inclusion amongst the others.

The biggest problem is outside Hawke's control. That balance he spoke of, the need to find harmony between the four Beatles extends far deeper than simply balancing their songs. The Beatles worked best when they played off each other within the tracks.

Having said that, the tracks do flow well. Band on the Run opens, leading into My Sweet Lord, then Jealous Guy and Photograph.  A formidable selection that works well. Ethan Hawke has done a fine job in creating the Black Album, but I'd like to see a collection where the tracks are selected from a more limited time period selected and an album of only 45 minutes or so.

Are you up for that challenge Ethan? I'll even give you a hand.
Posted by Steve Cameron at 1:34 AM