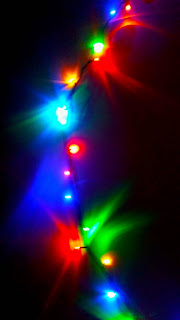 Nominations have opened for the 2014 Ditmar Awards.

I'm eligible with a whole bunch of stories, but there are two in particular that have achieved some success and recognition.

published by Mike Resnick in Galaxy's Edge #7. It has garnered some great reviews, and was selected by Mike for inclusion in The Best of Galaxy's Edge.

The Last of the Butterflies

published by Keith Stevenson in Dimension6 #3. Again some great reviews, and reprinted in Dimension6: Annual Collection 2014.

Should you feel these stories are worthy of a nomination, I would certainly appreciate the support.


Nominations for the 2015 Australian SF (“Ditmar”) awards are now open and will remain open until one minute before midnight Perth time on Sunday, 1st of February, 2015 (ie. 11.59pm, GMT+8). Postal nominations must be postmarked no later than Friday, 30th of January, 2015.
The current rules, including Award categories can be found HERE.

You must include your name with any nomination. Nominations will be accepted only from natural persons active in fandom, or from full or supporting members of Swancon 40, the 2015 Australian National SF Convention. Where a nominator may not be known to the Ditmar subcommittee, the nominator should provide the name of someone known to the subcommittee who can vouch for the nominator’s eligibility. Convention attendance or membership of an SF club are among the criteria which qualify a person as “active in fandom”, but are not the only qualifying criteria. If in doubt, nominate and mention your qualifying criteria. If you received this email directly, you almost certainly qualify.

You may nominate as many times in as many Award categories as you like, although you may only nominate a particular person, work or achievement once. The Ditmar subcommittee, which is organised under the auspices the Standing Committee of the Natcon Business Meeting, will rule on situations where eligibility is unclear. A partial and unofficial eligibility list, to which everyone is encouraged to add, can be found HERE.

Online nominations an be made via this form.

Posted by Steve Cameron at 4:50 AM