Want To Be A Clone? 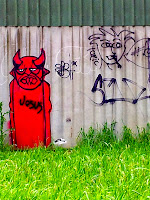 Okay, let's forget for a moment that I am a musical dinosaur who revels in the past and cannot be convinced that most modern music is anything but monotonous rubbish. Let's ignore 'taste' for the moment. Let's pretend that I personally like 'musicians' who can play the crap out of their instruments and make your heart ache with a well placed note or string bend.

The Voice is not a talent show.

Yes, Bob Dylan, John Lennon and Jimi Hendrix would not have made it past the blind auditions.

They simply don't check the boxes, the template the show is looking for.

Bobby, Johnny and Jimi could make you fall in love, raise you to anger, or cause you to sob simply with their instruments, their melodies and their words. The so-called 'stars' resulting from the current deluge of 'talent' shows perform vocal gymnastics and tell amazing sob-stories about dead relatives for whom they are performing.

I see a parallel in writing.

Recently I read somewhere that John Irving said if he was trying to break into the market now his manuscript wouldn't get a second look. This is the guy who has sold millions of books (most of them about Vienna, bears, wrestling and writers, but all fantastic). I've been told that I should simply write stories that 'will sell'. (Andy Partridge of XTC was once told the same thing. "Why don't you simply write a hit song?"  He replied, "What do you think I've been trying to do all these years. Mind you, he was also told that he needed to sound more like ZZ Top if he wanted to have a hit)

I've had rejections where I've been told the writing was good, but x, y and z didn't happen. Perhaps the story simply wasn't good enough, and I accept that. My writing is improving, and I can see that. I also recognise it's close to selling at the markets I want to sell to.

P.S. - Congratulations to Alan Baxter on his three book deal with Harper Collins.One of the great things about the Australian SpecFic scene is how we revel in each other's success. I think we're mates - at least I consider him to be one now that he has a book deal. At any rate I bought Alan a beer last time I saw him. I think he owes me several now.
Posted by Steve Cameron at 7:51 AM