It's All White Noise To Me. 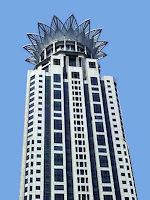 It's no secret that I have made a conscious decision not to self-publish. And I've also made it very clear that others may do as they choose. There is no one path for writers, no single road that leads to success. I know this is something I've posted about before, but this subject reared its head again in a discussion earlier this week.

I'm not against self-publishing per se. But I do think it's far too easy nowadays.

From time to time, writers ask me to read their self-published work. Even to pay for it. Then they tell me they made their story available because it had been rejected everywhere.

Hmmm, so you want me to pay for a multi-rejected story. A story that is probably flawed and lacking. Let's see, for a couple of dollars more I can buy a pro-mag that has up to ten stories by pro-writers that have been selected and polished by a pro-editor.

That's not to say there isn't some great self-published work out there. There are some very capable writers who self-publish older work, or upload stories as a promotional tool. And even unknown writers who release the occasional gem, but these are exceptions and rarities.

But there's loads of sub-standard work out there, too much white noise. I choose not to add to it until I have reached a self-imposed standard.

And I already have far too many books to read without downloading more from amid the static.
Posted by Steve Cameron at 3:36 AM