Another Story On Its Way. 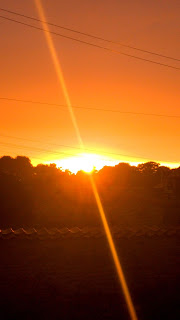 Way back in March, I submitted a story to a magazine - my first in a year or more.
And on the weekend it sold. The Leviathan Awakens will be publish in early 2023.
I'm pretty excited about this one. It's a story I really, really like, and it's going to a good home. The Martian Wave (Hiraeth Publications) is a new market for me, and I'm thrilled to have this story under their banner.
The Leviathan Awakens has its roots in a painting a friend did way back in the 80s. When he showed me the painting I had a tiny idea. I wasn't a writer then so nothing came of it. But that idea never went away, and kept niggling
and niggling. And then, a few years ago, I was at a writing workshop and I had to write an opening paragraph in a particular style. That opening paragraph became the opening to this story which started to develop in my mind.

The paragraph I wrote at that workshop was well received, but is now gone. In the context of the story, it confused things too much and so was completely rewritten. It's a shame, as that was a paragraph I really liked, and I thought worked really well. The readers, not so much.

And so, of course, I need to dive back in and get another story happening. Which is good, as I just had this little idea on the weekend.

Posted by Steve Cameron at 7:33 PM