God Save the Queen! 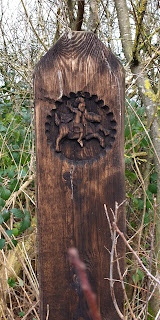 The Queen's jubilee weekend has just finished with a number of events across the UK. Much of it was televised, and I didn't see any of it. Well, except for that one YouTube clip where a UFO seemed to fly across the path of an Air Force flyover just as they passed. But surely that doesn't really count.

There were some local events, including a tea party in the village hall. I was supposed to go, but decided not to at the last minute. We were told the hall was limited to 150 people due to regulations, and another 100 would be seated outside. The weather, however, was pretty awful and so the organisers (who did a fine job, I've been told) decided to squeeze all 250 people into the hall. I thought about it and was a little reluctant, partly because I'm not keen on crowds in this post-lockdown world and partly because there are vulnerable people around me. And so I declined.

I was invited to a neighbour's house for drinks and nibbles where I got to meet some other neighbours I hadn't yet met, had some great conversations, and generally had a really relaxed and enjoyable evening. I think a few of them have decided that I am a republican, (which I am for Australia, but not necessarily for the UK) as a couple of people made it clear they were going to toast the Queen but I didn't have to partake if I didn't want to. Maybe it's my Scottish/Australian background that screams that.

But I was happy to toast the Queen. Seventy years in a role you didn't plan on or want is no mean feat in anyone's book. And I think for the most part she has done a fine job under some very trying circumstances.

In other news, I have managed to secure a copy of the extremely limited Jubilee reissue of God Save the Queen (Sex Pistols) on coloured vinyl.

Posted by Steve Cameron at 5:16 PM