Would You Burn It? 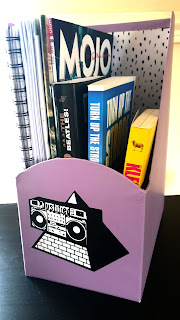 I love the KLF.

I've been listening to their music since I first heard Doctorin' The Tardis. Of course they were called the Timelords for that release.  They've also been the Justified Ancients of Mu Mu, the JAMS and even 2K.

After the Timelords single, I didn't really hear them again until the early 90s. I was living in Japan, saw a couple of used CDs with great covers, and picked them up. It was their music I loved. And I had a couple of videos which were visually brilliant and a lot of fun. From time to time I'd hear something about them, something weird. This, of course, was pre-internet days, and I didn't read much music press in Tokyo. But the KLF continued to sit like a blip on the edge of my "weird" radar.

By the time I left Japan, they'd left the music business, through a very public onstage announcement at the 1992 Brit Awards. But with the now burgeoning internet, I managed to learn more about them. They'd done this, they'd said that, they'd threatened to do the other, then in 1995 they'd announced they would cease all activities for 23 years.

Ah yes, the number 23. Illuminati and all that.

They were fans of the Illuminatus! Trilogy of novels by Robert Shea and Robert Anton Wilson. And they seemed to live much of the behaviours and conspiracy theories within. Their press releases were cryptic and mysterious. Their images, logos and iconography were all part of the mythos.  They published a book on how to beat the music industry and have a hit.

The more I read, the more I learned, the more I wondered whether they truly were a bit mad and believed in this stuff, or whether it was all a brilliant marketing strategy. I mean, there were reports Bill Drummond considered cutting off his hand at a music award ceremony during an onstage performance.

On the other hand, they apparently shocked everyone at that ceremony when they appeared with grindcore band Extreme Noise Terror, performing an unrecognisable version of 3 a.m. Eternal. But that can't happen by accident. They rehearsed, it was approved and signed off on by the producers.

So is the KLF performance art or are they living their reality? Or some weird mix of both? My opinion shifts from time to time.

And what do the letters KLF stand for? They have claimed a number of things over the year, most commonly the Kopyright Liberation Front. But it shifts, and you get the feeling you're not in on the secret. None of the secrets.

I personally suspect it either stands for nothing at all but just sounds great, or it's some inside joke they'll never explain.

But the biggest secret has to do with the burning of a million pounds on a remote Scottish island. many ask whether they really did it, and why. And they've never been able to articulate that clearly. In fact, it seems they spent a lot of time trying to sort that out for themselves. All indications, by the way, are that they really did burn it. Apparently they later admitted they regretted it. They were also routinely criticised for destroying money that could have benefited others.

But I think I understand why they did it. To simply see what it felt like.

When I was packing to move overseas, I found an old roll of film I'd never had developed. I had no idea what was on it or how long it had been there. But in that one instant, I decided never to find out. I don't really know why, but I tore it open and exposed it to the light. And it was gone forever. A mystery.

Maybe, in that moment, I was just tired of sorting through things.

We've all felt the need to do something just to see what it feels like. I guess the difference between me and the KLF is that if I had a spare million pounds lying around, I would never, could never destroy it.

Sorry KLF, that was one thing you did I can't see as being cool.

Posted by Steve Cameron at 3:25 PM