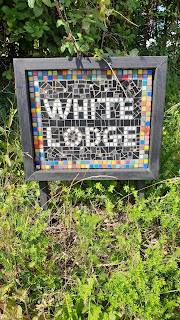 I submitted a story recently. It has been a while since I sent one out into the wilderness, but a market appeared before me, I had a story that suit and so off it went.

It's been a while since I wrote anything new. I wrote this story a couple of years ago, and never really sent it out. I received great feedback from a reader, who really liked it. I left it for a while and re-read it with fresh eyes, then re-structured it to make a better story. And then it sat on the hard disk for close to a year until a few weeks ago when I sent it on its way.

Will the editor like it as much as I do? I can never be sure unless they buy it. Even if they reject it, they may add a note about what they thought of it. And it might be one they love but it doesn't fit in with the collection they are preparing.

On the other hand, I might receive a standard for rejection, which leaves you none the wiser as to what they thought of it.

Ultimately it makes little difference, apart from the bruising to your ego and your own hurt feelings. And this can really hurt when you read the final product (from which you were excluded) and really hate some of the stories.  "Why?", you shriek as you raise your fist to the darkening sky and curse the editor, the publisher and the other authors.  And then you get on with your day and make your toast for breakfast.

But hopefully I'll hear soon, and the bonus will be an acceptance.

Posted by Steve Cameron at 1:09 PM