Pet Hates and Other Bugs. 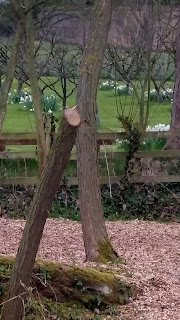 We all have our pet hates, things that bug us for no real reason except they're wrong. As a trained and experienced English teacher, many would expect spelling, punctuation and grammar to be one of mine. I might occasionally shake my head at a job application with spelling errors and misuse of capitals, but for the most part they don't bug me too much. Even when students write entire essays using 'dose' instead of 'does', 'defiantly' instead of 'definitely', or even mispell their own name. Yeah, that happens more than you could imagine.

I notice them in books, typos or sloppy editing, but unless they continually occur, or make me laugh, then I don't even bother mentioning them.

This blog is pretty much my happy place. I try not to write about the things I don't like. I think there's enough negativity and anger on the internet. The last time I did, however, I received a message from a friend that they quite liked the curmudgeonly Steve.

So, in order to please a friend, here's a personal list of things writers do that bug me:

I think that's enough for now. Yeah, this is a year or more worth of pet peeves, but they're just my opinion. You can do whatever you want.

And as for my one grammar pet hate, please learn the difference between initialisms and acronyms. CD, BBC and CIA are not acronyms. WTF?
Posted by Steve Cameron at 1:22 PM