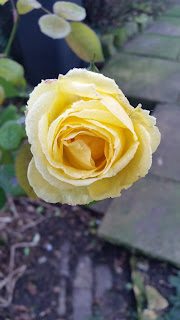 When I first started writing, I attended a workshop where one of the attendees was the editor of a well known and reputable sf magazine. He liked my story, said it was "very very good" and told me to send it to him.

I did. And in my naivety and innocence, was surprised when I didn't hear back in a few days. Or a week. Or even a month. The website suggested querying after three months, which I did, and I never received a response to that email.

I received a response to my submission, though, four months later, and it wasn't good news. Yes, a short story which was going to earn me a grand total of about $50 was rejected after seven months.

While seven months is towards the top end of response times, it's not completely out of the ordinary. Most sit between three and four months. My fastest was two days, my longest is ...  well, technically about 8 years as they never responded at all. Not even after a couple of very polite email enquiries.

And then, of course, it can take up to another year to reach publication. Oh, and bear in mind most publishers ask you not to send the story out to more than one publisher at the time, which means you might only send a story out a couple of times a year if they hang onto it for too long.

And this is only for short stories - novels can take much longer.

I have a story out at the moment with a publisher who usually responds within two months. It's currently been out for 5 months, and although I have sent an enquiry email, I have not heard back at all. This is unusual, but I'm not particularly worried as I understand most  small press publishers have day jobs and other commitments.

But it would be nice to have a response. Especially as I have high hopes for this story. Now that I've written about it, and knowing the world's sense of humour, I'll probably hear back today.

Maybe that's why I wrote this piece - to try and force the world's hand.
Posted by Steve Cameron at 10:48 AM