Submissions And Other Debris. 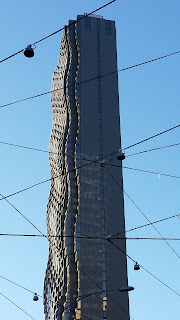 I spent last weekend at a writing retreat with three fellow writers.

We booked a place down on the peninsula, spent lots of time in front of screens putting words down, had a great crit session of our stories, and wonderful discussions on a range of topics. A fantastic time was had by all, and I suspect that if I weren't moving to the UK in a few months, this might have become a regular event for me. As it is there will be another, only I won't be there.

So I managed to get new words down, plus I rewrote three stories that have been on the backburner for quite a long time. I was pleased with how these pieces turned out. They're good stories. Now they just need to find homes.

In the past week I've sent out four stories. And already had four rejections.  Which is painful. I had hoped for at least a personal rejection on two of them, but only received form rejections. Those stories went straight back out again.

I'm kicking myself because I missed three deadlines. Two are my fault. I was travelling, and forgot about them. The other was brought forward due to the high number of submissions. Sigh.

I started a four-week fantasy writing course with the fabulous Michael Pryor. Not only is he a well respected author and editor, but a fantastic teacher. I'm loving the time in class, and learning lots.

So my writing is on the move again, which is good. But it's been a while since I've had a sale. I need one soon.