Now Is The Spring Of My Writing Career. 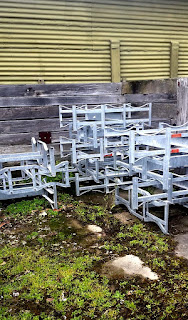 Things are looking up. There's a new optimism in the air. Spring has finally sprung, or at least it has here in Australia. And while the temperature nor the weather has reached their usual early September standards, it's certainly milder than it has been.

Things are looking up on the writing front as well.

Last night I received the best pro-level rejection so far. It had lots of positives, lots of complimentary words, and solid, clear reasons why the story was being rejected. Not only that, there were clear indications the story had been read all the way through. (A major feat in itself, believe me. Most stories are rejected after a paragraph or two) Then the editor finished with a phrase I haven't seen from him before, and signed off more personally than he's ever done in the past.

In the past, I've received hundreds of rejections, so I know I'm not reading too much into this. This is a good story that's close. It might need some tweaking, but I feel it will sell.

Another story I'm working on has been out with a couple of friends who graciously offered to critique it for me. I've received one crit back already, and the comments are generally positive. My friend also took the time to point out the parts which didn't work for him (which is what I'm looking for rather than a list of positives) and I must say he's right. It's amazing what you miss when you don't see the story through other eyes.

So rewrite time here at Chateau Cameron. And all is good with the world.
Posted by Steve Cameron at 1:39 AM