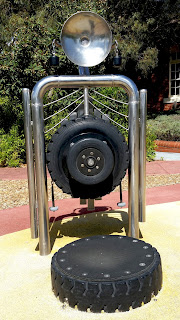 It's sometimes difficult to know how much attention to pay to readers' comments on a story.

The first time I received crits on a story was when I was just starting to write. Lots of comments, lots of comments. I tired to incorporate every single one of them. And sucked the life from the story.

Those changes were discarded. The story was rewritten, later one when I'd learned some discernment and had suggestions from someone I respected.

This week I had a rejection from a magazine I thought might like my story. It was an interesting rejection, though, because there had been three slushreaders, and the rejection included their comments.

And all three readers said very similar things. And, when I thought about it, the suggestions made sense.

I slashed into that story, armed with a will to improve it, and rewrote it in a matter of days. And I believe it's for the better.

Thank you, slushers. I appreciate it.
Posted by Steve Cameron at 8:49 AM