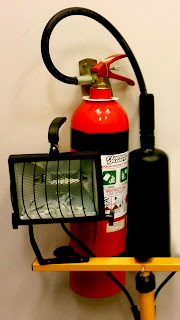 Another sale this week.

Keith Stevenson at Coeur de Lion has bought a story to be printed in Dimension6. He previously published So Sad, the Lighthouse Keeper in Anywhere But Earth, and The Last of the Butterflies in issue 3 of Dimension6. I'm thrilled I'll have the opportunity to work with him again.

This story, entitled Lodloc and the Bear, will be published in Issue 6, due in October, 2015.

Congratulations to my writing buddy, David McDonald, who also sold a story to Keith this week. His work will be available in the July issue alongside a piece by Stacey Larner.

Dimension6 publishes three issues a year, each with three stories. Keep an eye out for them in 2015. Based on the first three, you can't go wrong. Oh, and did I mention they're free?

A sale like this certainly puts you in the right frame of mind for the festive season, now doesn't it? If I don't see you before, have a great Christmas.
Posted by Steve Cameron at 7:07 PM

Labels: Anywhere But Earth, Coeur De Lion, dimension6, keith stevenson, lodloc and the bear, so sad the lighthouse keeper, stacey larner, The Last of the Butterflies