One Tin Soldier Rides Away. 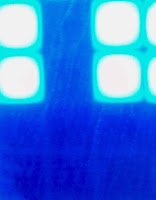 When I was a high school student, they occasionally dragged us off to a cinema somewhere to show us a film. In those days DVDs and videos simply didn't exist, and if they wanted to show a film in school they had to rent the reels and have a licenced projectionist on staff.

I remember they took us to see 12 Angry Men. I presume that was for Legal Studies, although it was the 70s and anything was possible. We saw Macbeth, the playboy version with the three naked witches. I'm pretty sure this was for English. And then for some bizarre reason they even showed us No Blade of Grass, a post-apocalyptic survival film. I have no idea what that was in connection with.

But the one I remember most, the one that had the biggest impact on me was Billy Jack.

I haven't seen it since, but I fondly recall the story of a Native American Vietnam Veteran defending a bunch of kids and teachers at a 'free' curriculum school from a bunch of rampaging, racist rednecks.

The writer, director, star of that film, Tom Laughlin, passed away a couple of days ago. He was 82 years old, and still married to Dolores Taylor, his co-star/co-writer in Billy Jack. They'd been together since 1954.

I've read a couple of comments that the themes in Billy Jack are outdated and confused, as the peace/love thing fails while Billy Jack has to resort to violence in order to win. But I don't remember it like that. I recall the story being about how sometimes you have to stand up against the bully, about how justice fails those who have defended the country, and how patriotism comes in different shapes and sizes.

Billy Jack only fought back because the local rednecks pushed him into it, after a rape and a murder, and someone had to stand up for the kids. And the horses.

Yes, there were horses.

And, as Billy Jack was taken away by the police after surrendering, he was given a guard of honour by the kids, fists raised in salute, while the song One Tin Soldier was played.

I must watch this again soon, to see exactly how much it has dated.

Posted by Steve Cameron at 1:19 AM