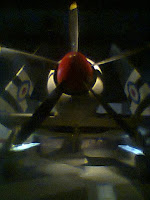 Critiquing is a weird kind of thing for me. My first experience with having someone critique my writing wasn't too good, and I'm afraid it put me off critting for a long time.

I was at a workshop, and although people generally liked my story, there were lots of comments made about how the story could be improved. The biggest problem was probably me - as a newbie I didn't have the experience to discern which comments I should pay attention to, and which I should ignore. And so I tried to change everything that had been suggested. I did it, and then I realised I'd torn the soul out of the story and I went back to my earlier draft and revised it according to what I thought.

But fortunately I've grown through that, and now have a few regular readers and critters.

Firstly, it's your story. Pay attention to the readers and critters, but ultimately the story needs to be in your voice and you have to decide which, if any, changes you make.

Secondly, you have to find people you trust. I've had critters tell me things that were just complete nonsense.

Thirdly, some of your critters need to be peers, or writers that are more advanced than you. You need people to pull you up, experienced writers that know where problems lie in your writing, and how they can be solved. I've got some readers who can tell me the story doesn't quite work for them, but can't explain why. Be aware that readers (who are not writers) may well reflect your final reading audience, and so if they can't understand something then perhaps it's confusing for others too.

Fourthly, be prepared to crit in return.  Now this is where I always have a problem until I get to know the other writer.  How harsh do they want me to be? How pedantic? Some people get offended by comments that could be perceived as negative. I even saw a request for critting recently that said they didn't want any negative comments as they've had enough of those already and just wanted people who would tell him which parts were good. Hmmm - can't see that being much help.

But mostly, at least consider the crits. Be open to them. There's a reason comments are being made.  I had someone crit a story for me last week, and told me I needed to lose the first three paragraphs. I resisted for a while, and then  finally relented and cut them. And damn that varmint's eyes, the story improved dramatically.

Keep an eye out for that story - it should be available soon. More information when I can confirm it.

Posted by Steve Cameron at 9:03 AM