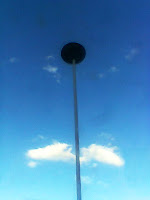 So you write some stories, polish them up until you're happy, then send them off alone into the wide world. Sometimes you hear back within a week or so that it's "not suited to our needs at the moment." Other times you hear nothing back for months.

My longest wait was 7 months for a rejection, not counting the one where the editor still hasn't gotten back to me after several polite enquiries. I suspect that 2 years and a week is now long enough to class it as a rejection. My longest wait for an acceptance has been four weeks, from the close of a reading period. But it did have a hold on it for about three months before that. There was another that had a rewrite request, but once again the request and then the acceptance were just on four weeks from submission.

But I still find waiting the hardest part. And yes, I listen to everyone's advice and go off and write more stuff in the meantime and send it out and so on. It's just that I'd love to find a home for some of these lost strays, but if they are out for 4 to 7 months at a time before being rejected, they can only be sent out maybe twice a year. And then it can be up to 18 months before they are published once they are accepted.

I guess it's all worthwhile when you finally get to hold the printed word in your hands. I might even admit to performing the odd little Snoopy happy dance, much like Alan Baxter does. I just don't know if I'll ever get used to the slow turning cogs of the publishing industry.
Posted by Steve Cameron at 2:36 AM

I feel your pain! I can handle rejection much easier than I can waiting.